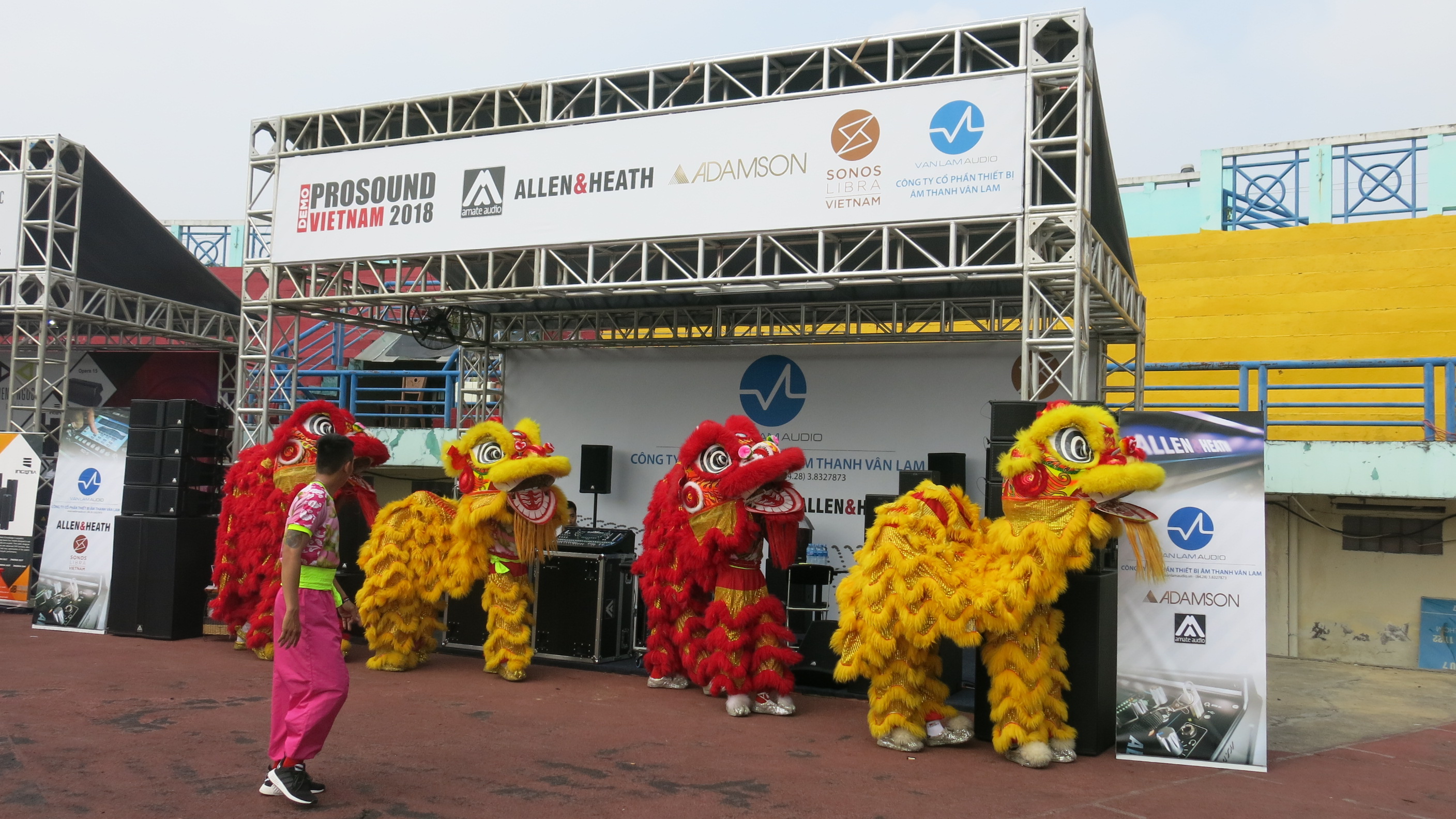 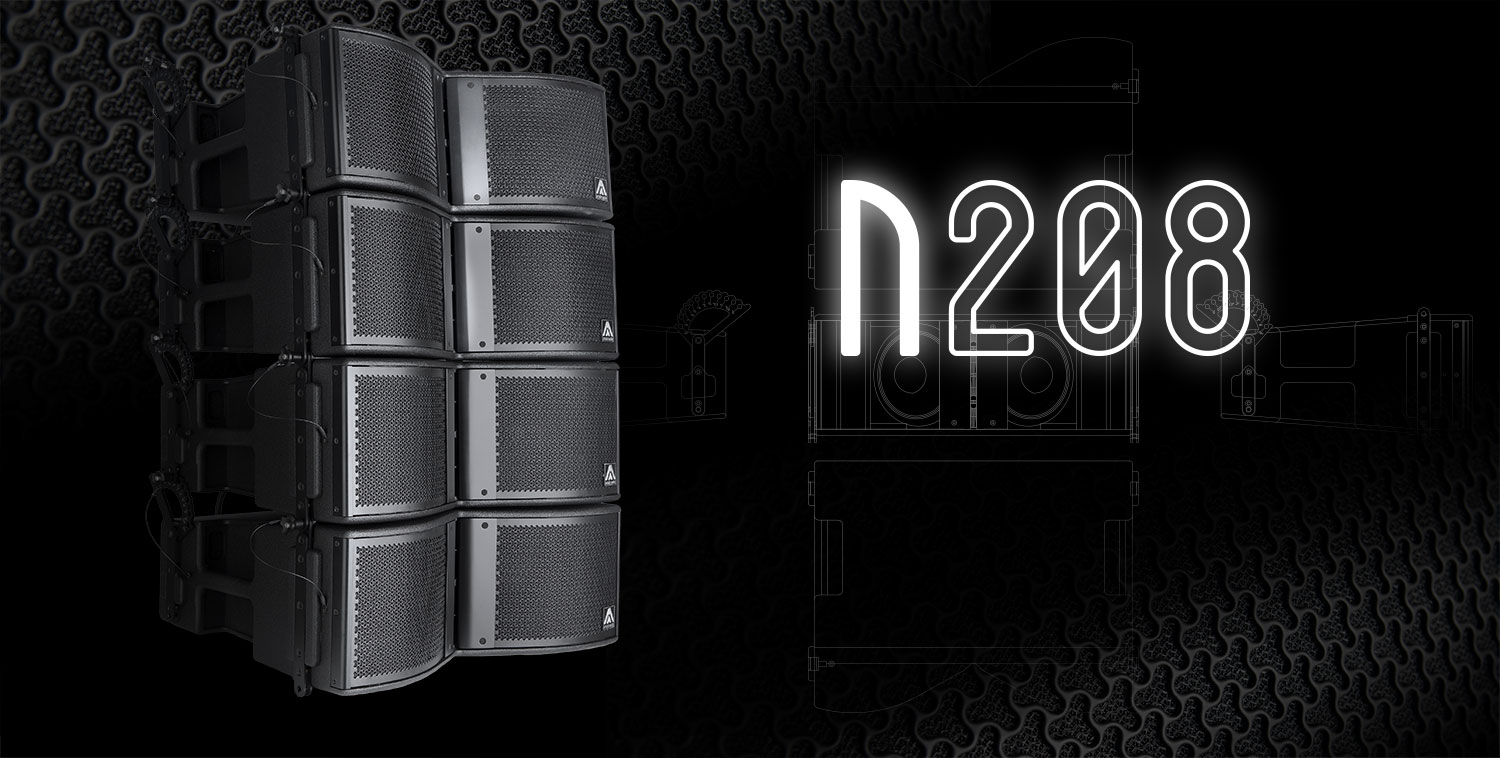 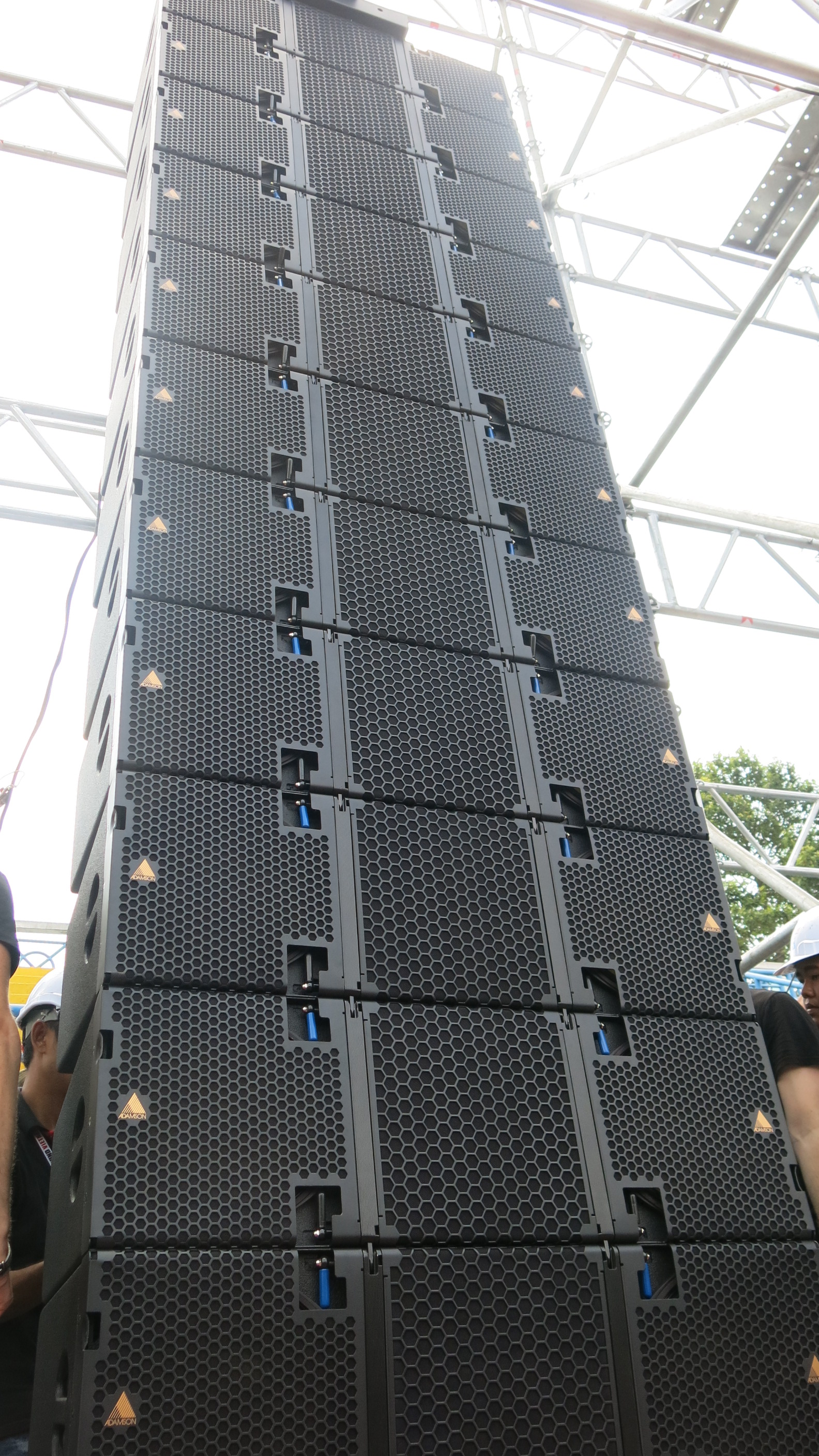 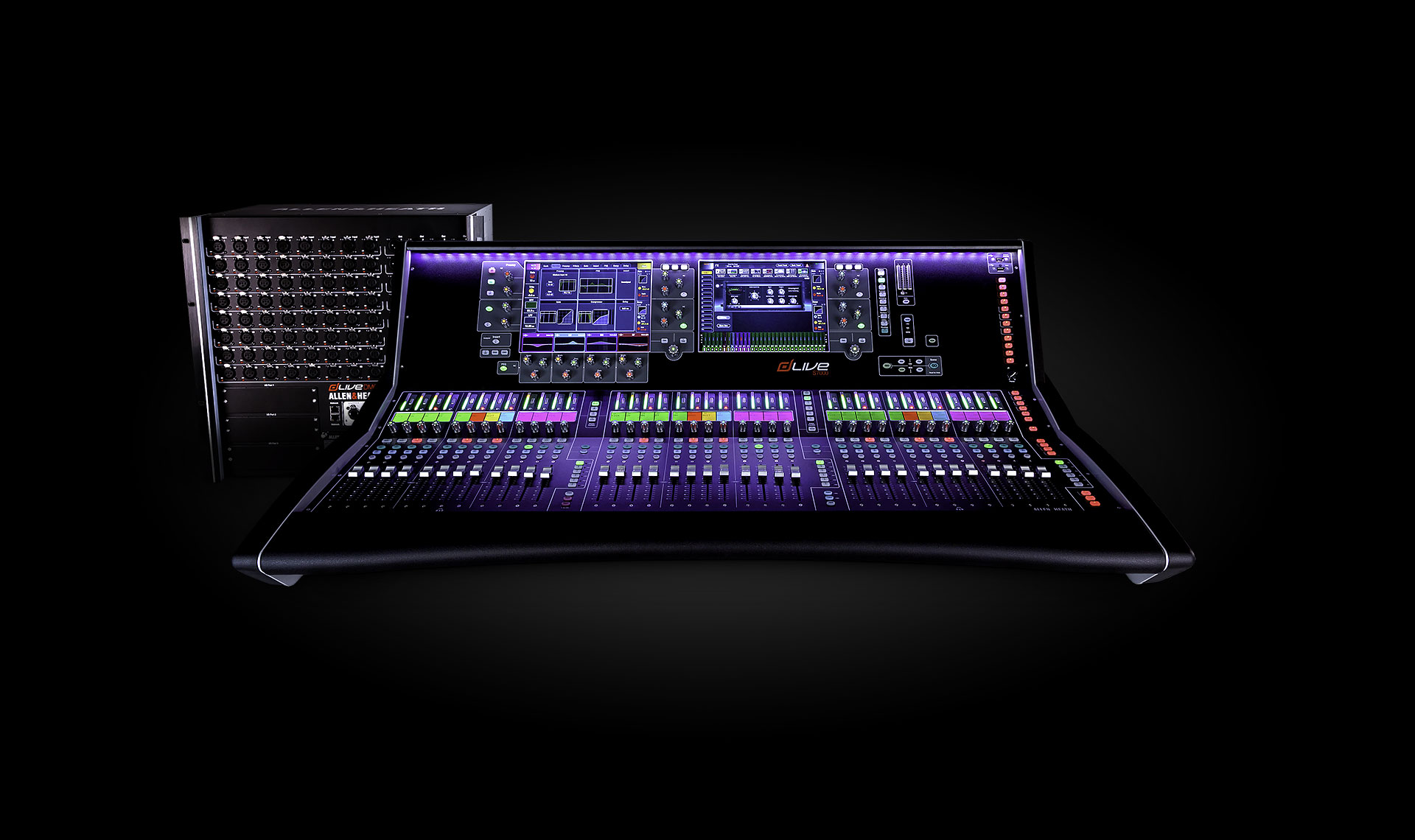 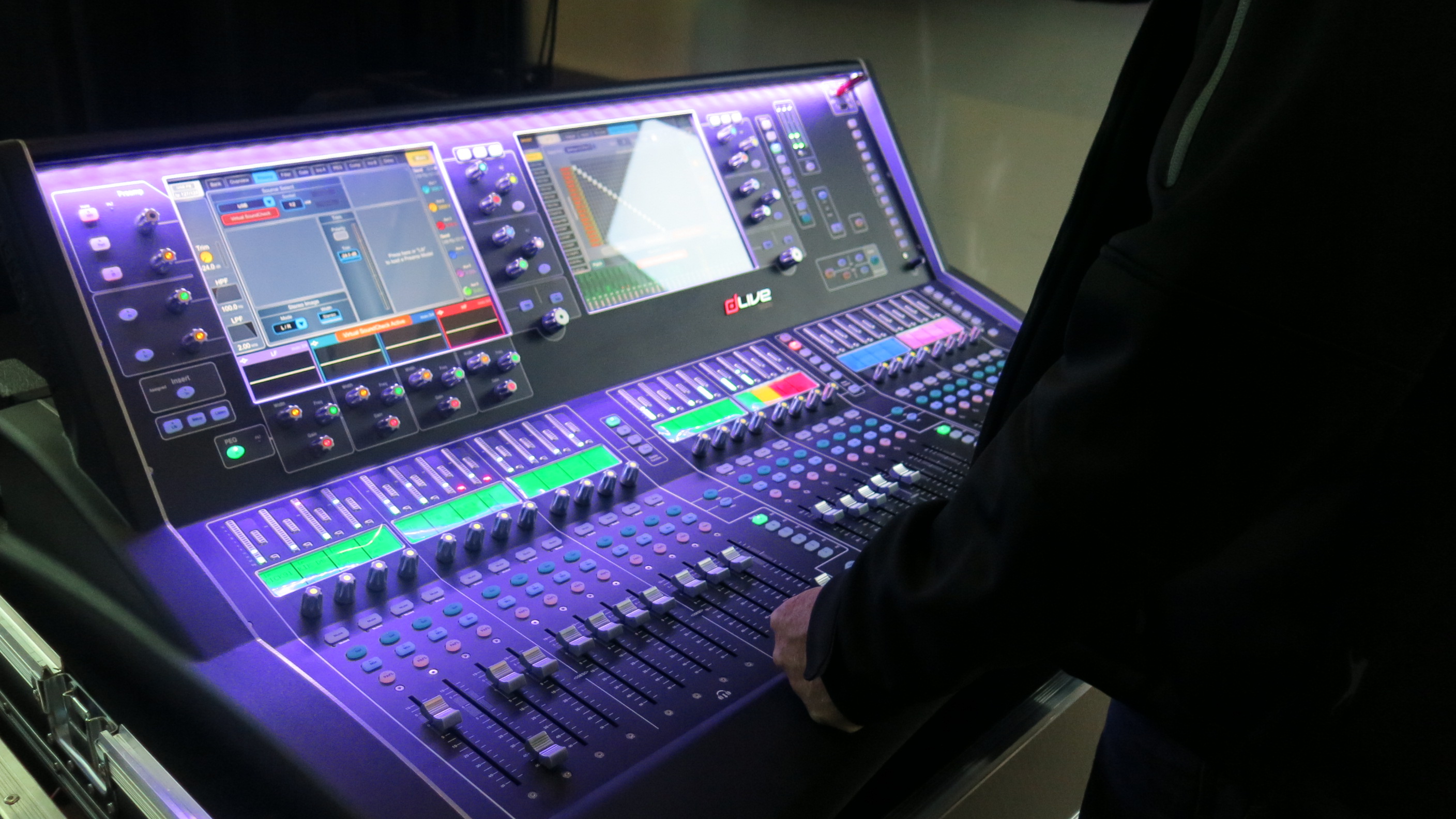 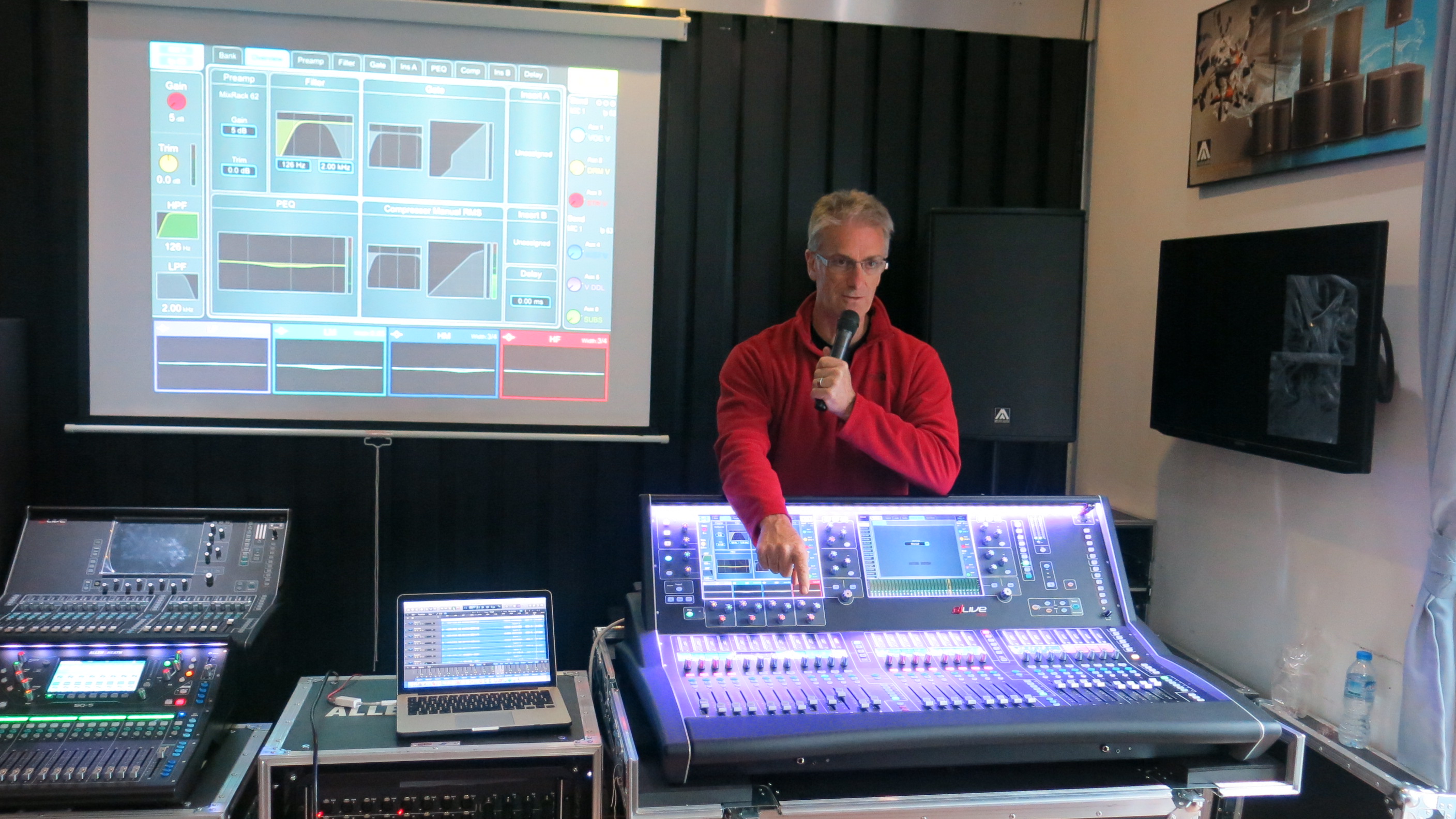 dLive’s ability to allow simultaneous connections of multiple control devices, from full console surfaces to PCs, iPads and IP controllers, proved indispensable in facilitating both monitor mixing duties and communications between the engineers and performers. “We chose the Allen & Heath dLive S7000 as our monitor console because it’s great at allowing multiple operators. It’s not just the core of the monitor system, it’s the core of the show,” explains monitor engineer, Mike Glines, “It just handles the communications for everyone!”

AJ Sutherland (monitor system tech for the tour) adds, “We had one MixRack which Mike controlled from the S7000 surface, as well as dLive’s Director software running on a Mac so I could make edits without having to interrupt him on the surface. I also had my own cue mix, so I could line check the orchestra at the same time as the band were checked by Mike.”. Supplied by Adlib, the monitor set-up comprised a dLive S7000 Surface, a DM64 MixRack and a DX32 Expander, allowing for ultimate flexibility and control over the band and orchestra’s monitor mixes. “Using an iPad along with an Audio Technica headset for my talkback meant I could stand with the conductor and work with the orchestra on their IEM mixes, which was a much better way to interact with them rather than being a disembodied voice in their ears, hidden away in monitor world”, Sutherland continues.

Additionally, an IP-8 Remote Controller was added to the mix, allowing for further ease of control over mixes, Sutherland adds, “I used the IP-8 controller to PFL channels and mixes, route my talkback, investigate any faulty inputs and mute them while I did so. With so many inputs and outputs for Mike to deal with, I ended up being more hands on than a system tech usually would be but the dLive system really made my life as a system tech so much easier and allowed the two of us to work together so efficiently.

Glines adds, “There’ve been times on the tour where I’ve thought ‘wouldn’t it be great if I could do something really niche or unusual’ and low and behold; I’ve found a way to be able to do that on the dLive, in a user-friendly way”. 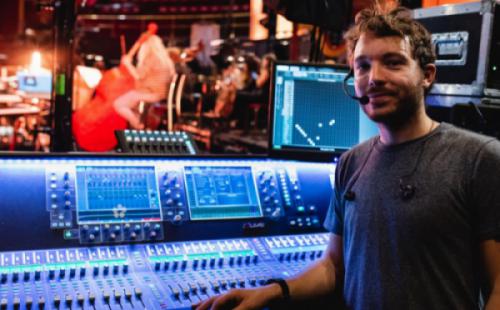